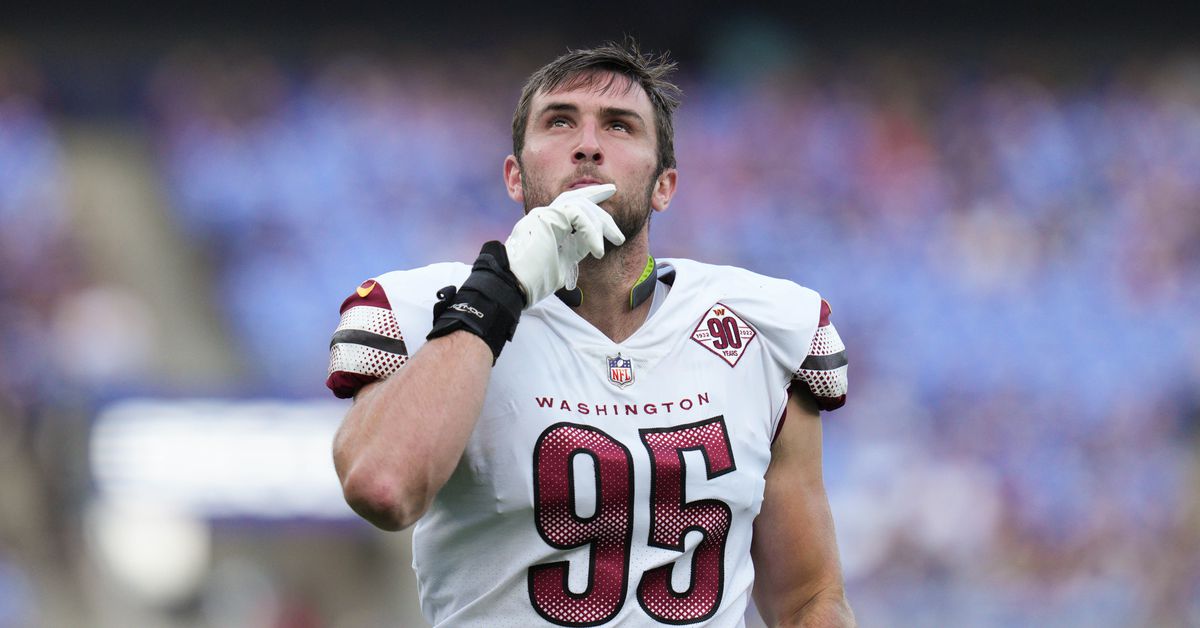 The final injury report for the Washington Commanders has been released and they have knocked out two players on the defensive line for Sunday’s game against the Philadelphia Eagles. DE Casey Toohill left last week’s game against the Lions with a concussion and will be on protocol all week. He has been in the side field training and will have to try and clear the protocols for next week’s game against the Cowboys in Dallas. With him in the sidefield was DT Daniel Wise, who was also injured in Week 2. Wise has a high ankle sprain that has been described as a milder one by Head Coach Ron Rivera.

Washington’s depth was already thin after losing to rookie DT Phidarian Mathis (meniscus) in Week 1, and Chase Young who is still recovering from his ACL tear. They added rookie John Ridgeway this week from Cowboys waivers and included Donovan Jeter and Bennings Potoa’e who were available on the practice squad. James Smith-Williams was the #2 DE with Young out, and he appeared in the injury report yesterday with an abdominal injury. He is considered doubtful, but sounded optimistic when describing the injury as a matter of overexertion.

David Mayo is the Commanders #3 LB and got some playing time last week. He is listed for the first time this week with an ankle injury and is now listed as doubtful for the Eagles game. Starter Cole Holcomb struggled with a quad injury but had the same injury report last week, playing 100% of the snaps against the Lions.

Kam Curl is free to play and has no injury listing for week 3. Curl injured his thumb in the Commanders 2 preseason game against the Chiefs and had surgery before the season started. He’s moved from a cast on his thumb to a less restrictive wrap that he’ll likely wear during the game.

Another injury that Head Coach Ron Rivera didn’t mention today. Cole Turner was picked in the 5th round this year and looked like a good potential weapon for Carson Wentz in this offense. A hamstring injury in training camp kept him off the field and now he is healthy, but maybe he will remain a healthy scratch. He was inactive in week 1 and it was said they wanted to train him for another week. Last week he was inactive again and got another week of training with the team. Today Rivera said it’s hard to take rookie TE Armani Rogers out of the active lineup because he’s so important in special teams. Turner is the #4 TE on this team and it could take an injury to see the field unless something changes soon.