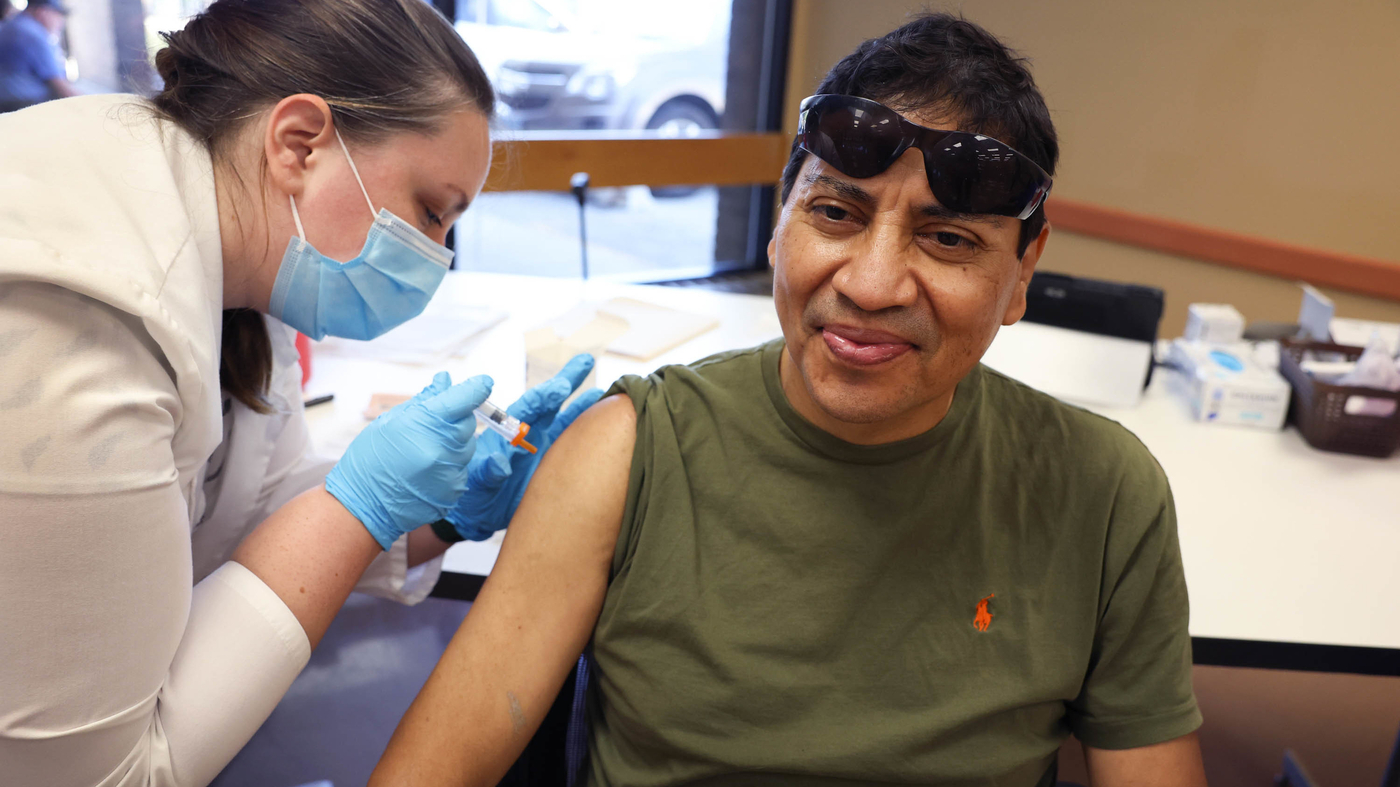 Gustavo Perez received his flu vaccine from pharmacist Patricia Pernal in early September at an event hosted by the Chicago Department of Public Health at the city’s Southwest Senior Center. This year’s flu season could strike earlier and harder than usual, experts warn. A flu shot is your best protection.

Gustavo Perez received his flu vaccine from pharmacist Patricia Pernal in early September at an event hosted by the Chicago Department of Public Health at the city’s Southwest Senior Center. This year’s flu season could strike earlier and harder than usual, experts warn. A flu shot is your best protection.

After virtually disappearing in the US for two years as the COVID-19 pandemic brought society to a standstill, there is evidence that the flu could resurface this fall, potentially triggering an unusually early and potentially severe flu season.

As a result, many experts are urging people to get their flu shot right away to ensure they are protected. But is that the best timing?

It depends on which expert you talk to and perhaps on your age and specific situation.

“Now is the time to get your flu shot,” advises Dr. William Schaffner, a professor of infectious diseases at Vanderbilt University.

“People should be getting them now,” agrees Shaun Truelove, an assistant scientist at the Johns Hopkins Bloomberg School of Public Health who is helping another attempt to project this year’s flu season for the Centers for Disease Control and Prevention.

The usual flu season starts in November in the US and peaks in January or February. “In normal years it makes sense to delay the flu shot until late fall because protection really doesn’t last more than a few months and late fall/winter usually gets the flu wave here,” said Deepta Bhattacharya, an immunologist. the University of Arizona College of Medicine. “So in a normal year, I would probably try to wait until mid-October and then get the flu shot,” he says. But this year, he says, “flu cases are already starting to increase, so it makes sense to get it earlier — that is, now.”

Why Flu May Come Back Strong This Year?

The reason experts are particularly concerned about the flu this year is that many people, especially very young children, may have little or no immunity to the respiratory infection, as masking, social distancing, and other behaviors to protect against COVID prevent the spread of the virus. have curbed flu, too. The CDC also notes that young children would do well to get a flu shot quickly, as they require two injections a month apart, and it takes time to build up immunity.

Because the protection that flu vaccination provides to the elderly wears off faster than for other adults, many experts advise against vaccinating that group. at early – but one now is fine.

“For the elderly, I wouldn’t recommend vaccination until September at the earliest, as immunity can wane. I usually get my vaccination in October,” said Dr. Walter Orenstein, a vaccine specialist at Emory University who previously worked at the CDC.

There’s another reason for many other adults to get a flu shot sooner rather than later: The flu season hit early and hard last winter in some countries in the southern hemisphere (such as Australia). And what happens south of the equator in winter often foreshadows what will happen in the Northern Hemisphere.

“So getting the vaccine earlier is definitely a good idea,” Truelove says.

Still, some experts say they plan to wait a few more weeks to get their own chance.

“I’ll get mine sometime in November,” said John Moore, an immunologist at Weil Cornell Medicine. “Protection from flu vaccines is usually weak and short-lived,” he notes, “so vaccinating too early offers too little protection when the virus is actually circulating. And that’s not now. We’re not in ‘flu season’ yet.”

Others say adults can reasonably wait for it to appear as if the number of cases is increasing in their region.

“I’d say it’s best to keep an eye on how flu activity is in your area,” says Jeremy Kamil, an immunologist at Louisiana State University. “Ideally, we would like to match our boost to provide us with optimal levels of immunity when the virus is actually on the rise.”

Just don’t wait too long. Because the flu often hits hard when people travel and gather for Thanksgiving, the National Foundation for Infectious Diseases encourages people to “make sure they get vaccinated before Halloween,” said Patsy Stinchfield, the foundation’s president. “It takes about two or three weeks for antibodies to be high enough to be protective.”

Ultimately, the exact timing of when you get a flu shot in the next month or so doesn’t matter as much as if you get one, flu experts agree, especially this year. Truelove’s group estimates that, in the worst case scenario, the flu could hospitalize as many as 560,000 people in the US this year — and kill as many as 63,000.

“A vaccine delayed is often a vaccine that hasn’t been received,” Schaffner says. “You have to have the discipline to make sure you get vaccinated.”