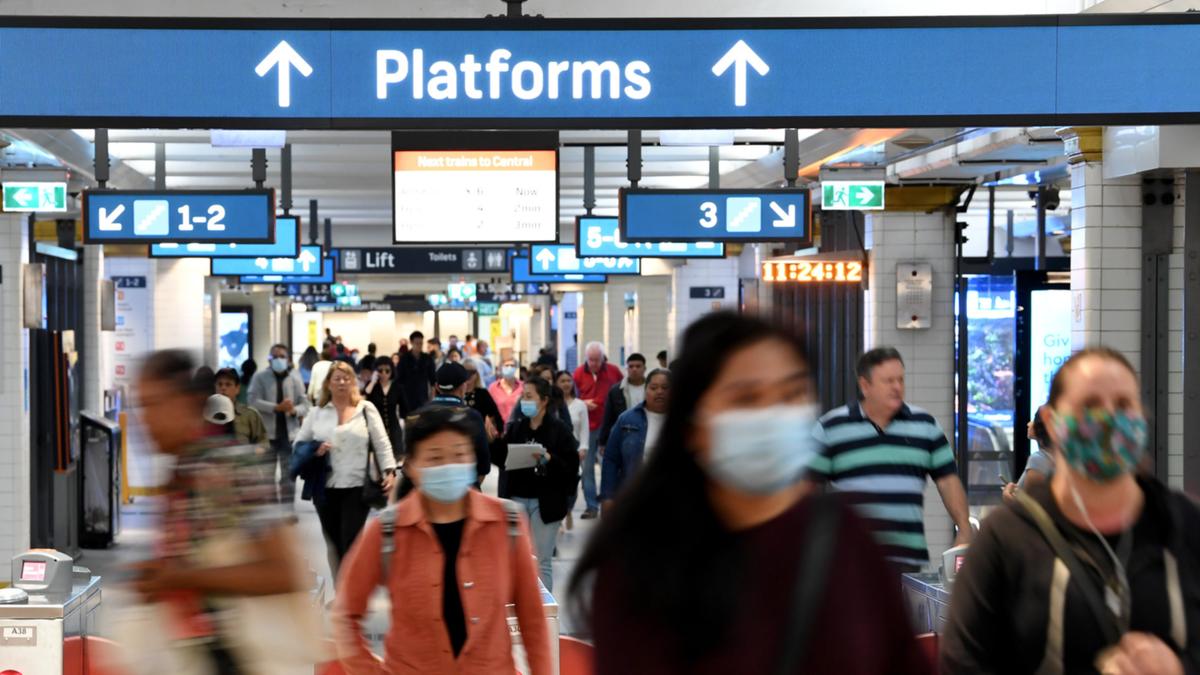 For many, it may seem like COVID-19 is a thing of the past, but for Sarah, every day is an ongoing battle as she watches many around her ignore health regulations.

The Sydney commuter, who is immunocompromised, told 7NEWS.com.au that she becomes annoyed by others coughing and sneezing on the train — and still not wearing a face mask when needed.

“I still wear masks, but it’s not uncommon for me to be the only one wearing one on a platform,” she said.

“It’s really annoying when people don’t wear them when it’s busy, because during rush hour it already feels like we’re on top of each other. It’s even worse when someone coughs or sneezes.”

But Sarah isn’t the only one concerned.

While COVID-19 cases are on the rise in Australia, it is still common practice for commuters not to wear masks – despite clear rules mandating them on public transport.

It is still mandatory to wear a mask while using public transport in NSW, Victoria, Western Australia, ACT and Queensland.

With more than 7,000 fatal cases of the virus reported in the past six months, health experts warn that a new wave could soon strike thanks to emerging variants.

What are the rules?

At this stage, anyone over the age of 12 must wear a face mask on public transport in NSW, rules that have been in effect since much of the state was shut down in 2021.

Reminders are also still present on public transport with signs, announcements and in-app notifications all being used to encourage the wearing of masks.

But NSW Bureau of Crime Statistics and Research statistics, provided to 7NEWS.com.au, suggest fewer people are now being fined for COVID-19 violations than at the same time last year – even despite the apparent lack of compliance.

The state’s chief health officer, Kerry Chant, also pointed out in a COVID-19 update on Tuesday that many commuters do not wear masks on public transport.

“I’ve made it very clear what tools we have (to fight COVID), and we’re not currently optimizing the use of those tools,” she said.

“I think we need to create an environment where everyone says, ‘Wearing a mask is okay to do and it’s fair to do it now’ as we are going to see a new wave and your risk of contracting COVID will be important in the coming months.”

Health Minister Brad Hazzard has also shared his concern by urging people to get their vaccine booster shot as statistics show that deaths are disproportionately high among those who have not been triple vaccinated.

“For example, if you’ve had two (doses), or one and you haven’t had your full three — to put it bluntly, you’re crazy,” Hazzard said Tuesday.

“That’s what’s going to make a difference in stopping, or at least reducing, the chances of you ending up in the hospital or maybe dying.”

These statistics are very real to people like Sarah, who say a community approach is needed to keep everyone safe.

“I think since all other rules have been relaxed, everyone is just making wearing a mask an option rather than a requirement,” she said.

“I’ve never heard of so many people being fined as when we were first allowed out, so it’s not surprising that people are relaxed about the rules.”

Third wave expected to peak in the coming months

The seemingly relaxed attitude among commuters comes as health experts predict NSW is heading for a resurgence in COVID-19 cases, driven by Omicron subvariants.

Chant expects the state’s third wave to peak in late July and early August at levels comparable to January when the virus raged.

NSW has recorded 1,232 COVID-19-related deaths this year, 56 percent of which were people who had not received three doses of vaccine.

Some people missed their third shot because they were busy or thought the pandemic was over, Hazzard said.

“They are wrong on both counts,” he said.

The increase in cases is driven by two immune-evasive Omicron subvariants, BA.4 and BA.5, and health experts believe the number of cases and deaths will continue to grow.

Star’s Secret Addiction Struggle: ‘I Was On Top Of The World And I Ruined It’