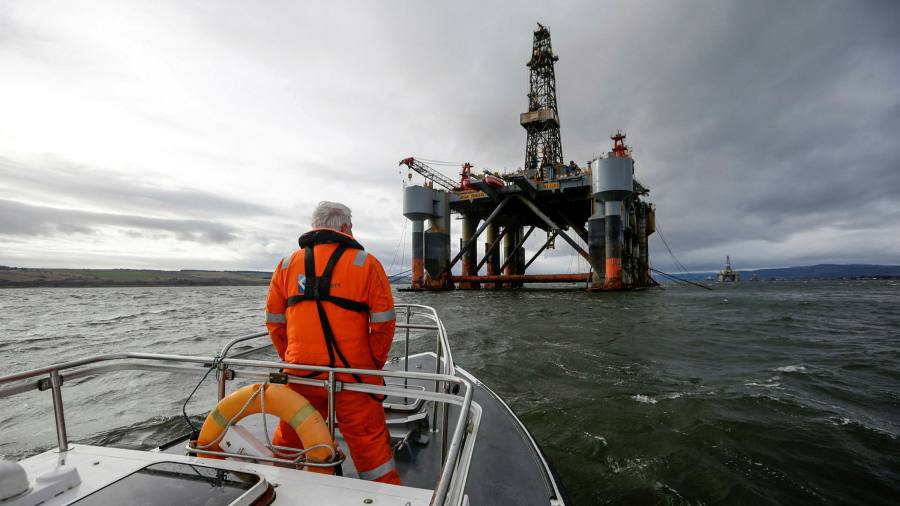 Commodities had a rough Tuesday after being led down by oil. The front-end US benchmark contract for West Texas Intermediate ended at $99.50 a barrel, down 8.2 percent, after losing more than 10 percent earlier. Brent was 9.5 percent lower at $102.77 a barrel, the second-largest one-day absolute drop ever measured in dollars. Both markets are struggling this morning to recover much.

Why? The commentary was quick to claim that fears of a recession were slowing demand for oil and pushing the price floor down (an argument Citigroup coincidentally formulated that morning in easily quoted form).

It didn’t seem to matter that there was no reason to double down on recession fears. No new data had come in to mobilize the demand side, while stories like Saudi Arabia raising crude oil export prices and faltering US-Iran negotiations supported expectations that supply would remain tight. Breaking the strike in Norway, potentially putting some 130,000 barrels back on the market, was positive, but not unexpected and not overly important.

That’s why everything remained quiet behind the front. Time spreads — the price difference between two consecutive futures contracts — showed no sign of distress, as Goldman Sachs notes:

First month Brent time spreads, diesel and gasoline crashes all weathered the fixed price decline, only slightly lower on the day. In fact, the most notable move in oil prices in recent days has been the strength of crude time spreads and physical prices, reflecting a market that is still in deficit. This is in line with our tracking of oil fundamentals, with an estimated global deficit of around 1 mb/d in June, with China also starting to draw inventories again. [ . . . ]

While the likelihood of a recession is indeed increasing, it is premature for the oil market to succumb to such concerns. The global economy is still growing, with oil demand growth set to significantly outperform GDP growth this year, supported by the Asia-Pacific reopening after the coronavirus crisis and the resumption of international travel.

For most of the year, Goldman has been arguing about the commodity supercycle, which has likely contributed to some overcrowded positions in the complex. Meanwhile, deteriorating market conditions resulted in greatly increased margin demands on energy, agricultural and metals derivatives, according to the Bank of England’s Financial Stability report for July:

In that context, the ripple in the commodities market on Tuesday can likely be explained by risky trading that happened to have oil on the sharp end. Back to Goudman:

As is repeatedly the case with oil, the decline was subsequently exacerbated by technical factors and trend tracking [Commodity Trading Advisor] flows, such as trading Brent via its 100-day moving average, as well as through the strikes of large open-rate puts (where negative gamma effects invariably accelerate large price sell-offs). Finally, it is important to note that this sell-off occurred amid the seasonally low trading liquidity after July 4. From this perspective, this oil price sell-off isn’t all that surprising, similar in scope and magnitude to the one after Thanksgiving 2021, most recently.

It’s a good point. On November 26, 2021, Brent plunged 10 percent to less than $74 a barrel, and commentators unanimously blamed concerns that a new Covid variant would impact demand. The more technical explanation — that CTAs sold in holiday-thinned volume after oil crossed several moving averages and turned their gamma negative — is probably more plausible, especially as the same can be seen around Thanksgivings 2014, 2016, and 2018.

Add to that Tuesday’s stronger dollar and unusually low open interest rates on oil futures, which have the effect of amplifying the disruption caused by any trade, and we probably have an explanation:

We should note that the Goldman team is sticking to the supercycle argument and very excited about oil, maintaining a Brent third quarter forecast of $140/barrel:

While we continue to believe that higher consumer prices are needed to rebalance the oil market this summer, we recognize that significant and major shocks continue to disrupt fundamentals. So far, Russian exports have exceeded our expectations in the absence of oil sanctions. However, this was fully offset by production losses in Libya and Ecuador, with Saudi Arabia also producing less than expected in June based on ship tracking data. While it’s hard to believe that such supply disappointments will continue, we note that rising social unrest from high fuel and food prices means that such problems are likely to recur. The rebound in Chinese demand is stronger and appears to be exceeding our expectations so far, with upside risks in 2H22 given ongoing stimulus, and with Covid restrictions easing.